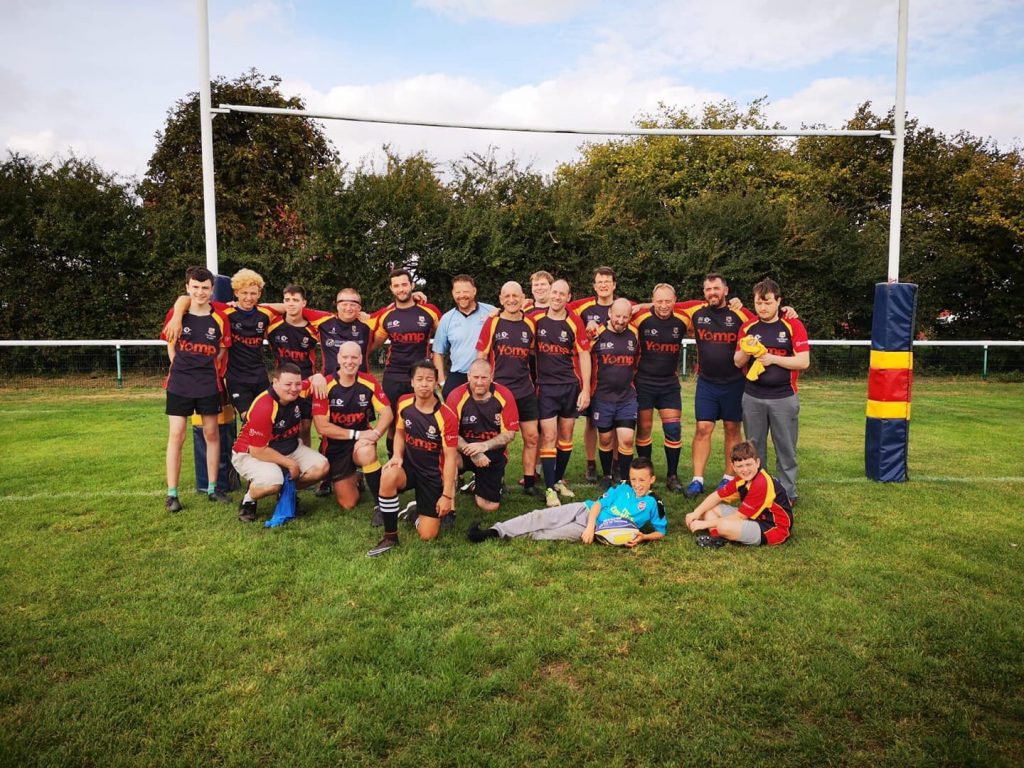 Not long ago our friends at Morrisons Solicitors put us in contact with Chobham Rugby Club – which is a rugby club… in Chobham.

The coaches over there started a Mixed Ability session back in 2016 with the goal of inviting anyone who wouldn’t ordinarily be able to get involved in rugby, whether they have learning difficulties, developmental disabilities, physical impairments or just those who retired from playing due to aches, pains and ageing. Since then the team has gone from strength to strength and they regularly compete against other Mixed Ability Teams as the Surrey Chargers.

The Chargers have qualified for the International Mixed Ability Rugby Tournament which is being held in Cork in June. They are the only team from the South East of England competing in a tournament of 28 teams from all over the world.

This massive achievement will be an unbelievable experience for the team and their coaches after all the hard they have put in, but it’s a mammoth task to fundraise the money needed to get the team there. With transport, insurance, team kit and general festivities to consider, Surrey Chargers are looking for sponsorship and donations to get 35 of them to Ireland to compete.

That’s where we come in! Chobham wanted a promotional video that they can use to reach out to sponsors, shouting about all the awesome stuff they are doing, giving a bit of back story and inspiring people to support their campaign.

The shoot was scheduled for Saturday 15th Feb – or as most people will remember it – the day Storm Dennis hit! We donned our waterproofs and selected our most robust camera. If play goes on, so do Square Daisy! 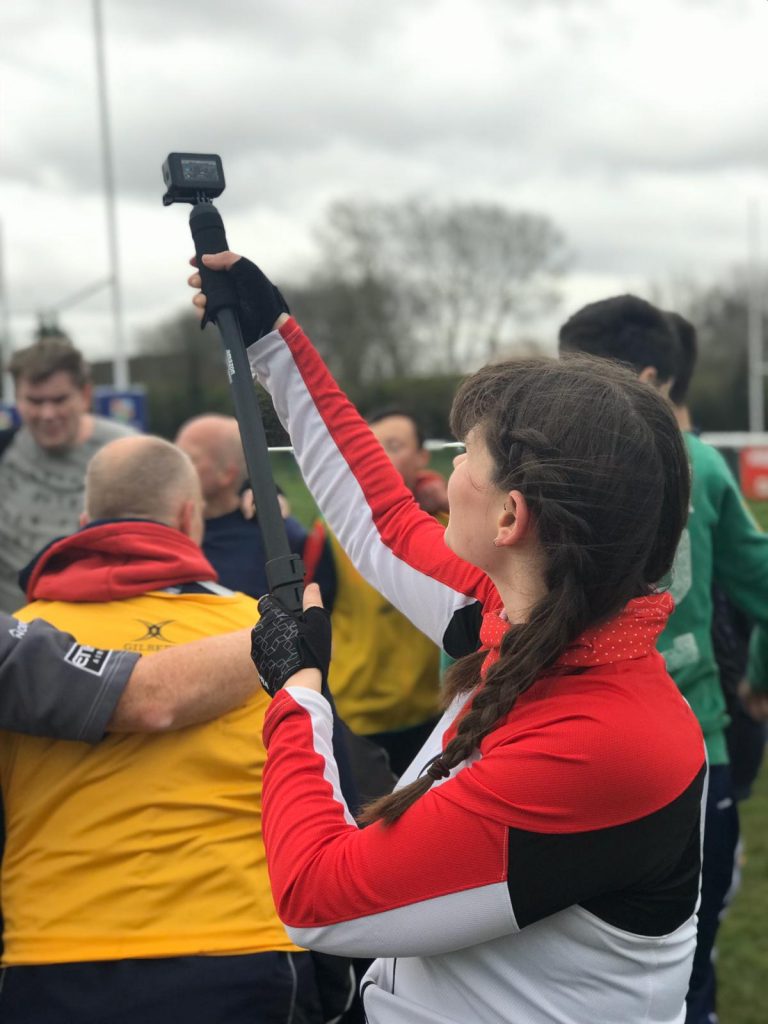 Thankfully, although the winds were high so were the team spirits and the torrential rain held off for the 90 minutes we spent on the pitch with the team. This meant we could use our gimbal mounted camera as well as the GoPro for extra footage and impact. We shot at a high frame rate to capture the high speed activity and giving us the flexibility to convert it to slow motion in the edit.

We were thoroughly knackered by the end of the training session as we dodged and dived between players to get all the action on camera. Try and spot us in the clip below as we chase the lads around the pitch trying desperately not to get in the way!

After the session concluded we legged it to the changing room to escape the rain and set up for the interviews and pieces to camera. Getting to hear what the club and the tournament mean to the players was incredibly moving and getting their voices heard through the video will really convey to sponsors how inclusive team sport really makes a difference to so many people’s lives.

“It’s not about creating a facility for disabled people… this is about integration, its about inclusion, it’s about just being part the life of a grass roots club, and no-one blinking an eye lid at that. And you take that out of the club and go on to wider society. This is where it starts.” Mike O’Regan – Coach

Being able to get up close and personal during the session meant that we were able to feel like part of the team and the love and inclusion this group of guys display to each other goes above and beyond. The final video is a moving and impactful piece which hopefully will help raise the funds they need to take the Surrey Chargers all the way to Cork!