First, watch this 60 second video and then we’ll let you into a secret!

How we wish we’d travelled around the world to film this video. The truth is our cameras never left their bags!

The budget required to make a video that visits the four corners of the world would be totally cost prohibitive for Sue Carne of Not Just Travel (and many of the larger travel companies for that matter).

What we’ve done for Sue is work with her to develop a concept and message. We then identified and purchased stock footage from sites such as Videohive or Pond5 and edited it together. We’ve then added the text which delivers the messaging. The result is an impressive, to-the-point, eye catching video that Sue used for an exhibition.

She can also reuse this video on her social media channels, gaining further ‘bang for her buck’.

Without the cost of travelling and filming, the budget was considerably less, with time required for project management, storyboarding, scripting and editing – and of course the license fee for the stock footage.

So, next time you’re waiting in a reception foyer and see a similar video you’ll know exactly how it’s been made.

Now watch this video and we’ll show you an additional way to significantly reduce costs.

In this video for Portaltech Reply Empathy Marketing, we’ve used some filmed footage from their premises plus stock footage in order to get the perfect shots. This significantly reduced the costs as there were no fees for hiring models and no need to film in multiple locations on multiple dates.

In addition, we used some advanced production techniques to enhance the quality of the output. This included: 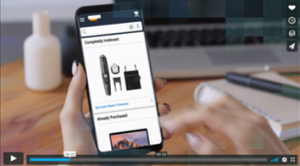 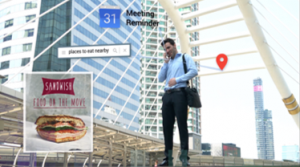 Stock footage comes with a warning

Having just demonstrated how relatively easy it is to create eye catching videos using stock video footage, there is a caveat. Without a unifying theme and some style guidelines, there is a big danger that the finished video becomes a random mish-mash of footage that is thrown together without a narrative or binding theme.

However, if you work with a video production company that can bring that blended thinking together, choose the right stock footage and then enhance it with post production, you’ll have a truly great video at a fraction of the cost.

If these inspiring images and techniques have got you thinking about your own impressive video, please get in touch and have a chat.